Occasionally I take a wee break from reviewing episodes to glance at the opening and ending sequences. They are each artistic in their own right, and this opening is no exception. Let’s take a look at the first opening to Sailor Moon R.

I love this opening. It’s back to basics once again – this opening was made without any knowledge of where the series was heading – remember that the first 13 episodes were a filler mini-series (the Ali & En arc), and this was created to give manga artist Naoko Takeuchi time enough to write the Black Moon saga.

As such, the opening is a black slate – which is just perfect, since some of the best art in Sailor Moon can be seen in a vacuum.

This is very much like the first opening of Sailor Moon – it has some overarching themes, focuses on Usagi and tries to inject some of her more dramatic attributes. Also, we’re still using Moonlight Densetsu. It’s become such a familiar song at this point. It’s still the same recording as for season 1, I should point out, which is just fine.

This time the focus seems to be on Tokyo itself, it opens with a lovely shot that’s reminiscent of the beginning of the second opening of the first series, which was set on the Moon.

“Hey what am I running from? Nothing in particular. Just vague emotions. Its all good.”

The most surprising aspect of this opening is the amount it spends purely on Usagi. Mamoru/Tuxedo Kamen is there briefly, but his appearance is more used as a device to explore Usagi’s character. He is, in fact, almost a prop. 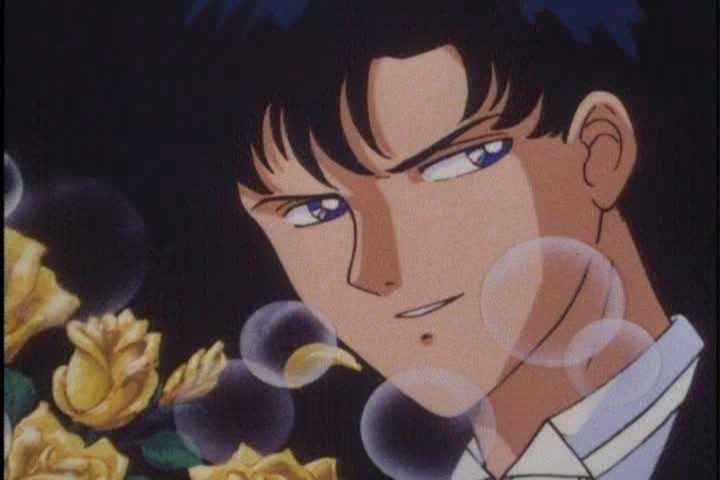 The other Sailor Senshi do not appear until the very end, and very briefly.

The rest of the time we get a rather anxious looking Usagi. Evidently the animators were aware of the conflict of Usagi’s identity as Sailor Moon at the end of the first season, and at the beginning of the second, and wished to play upon it. Alas, it’s an arc which sort of comes to a conclusion by episode 5.

Still, I like seeing this side of Usagi. It gives her a lot more depth than one typically sees in an average episode of Sailor Moon – although that depth is there, she’s usually a lot more happy-go-lucky.

There are a couple interesting shots in the opening. Aside from the wonderful use of shadow near the opening, there’s an homage to Starry Night by Vincent Van Gogh in one scene – although it makes little thematic sense, hey it looks great.

I love the moment where Usagi appears fed up with Sailor Moon, turning her back on her reflection, which turns around and smiles. Nice cheeky moment, and more of that duality theme. 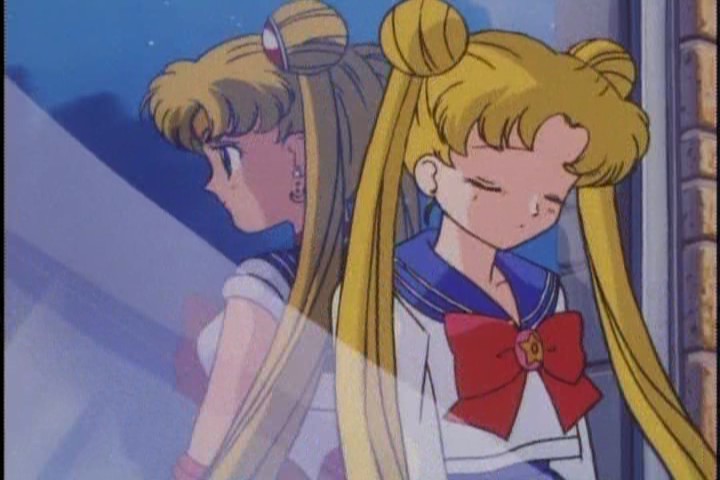 You see this shot a lot in promotional material. Its like Peter Parker staring at this Spider-Man mask

I also like the lingering shot of Usagi in front of a waterfall. Why is it here? Who knows, but it looks great, and further underlines a sense of isolation for Usagi in this opening.

“How did I get here? I’m more worried about how the heck I’m going to leave.”

I actually rather like how little time the other Senshi get. It may seem like a shafting, but I think it makes them more mysterious.

The very last shot of the Senshi posing in front of the most 90s backdrop you could find in the world is a little less arty than the rest of the opening, but it’s just as welcome – it places Sailor Moon in a particular time period. And hey, the 90s were great. 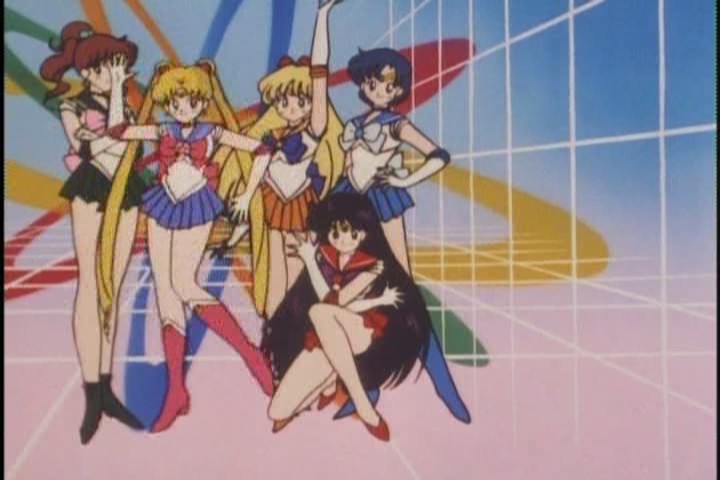 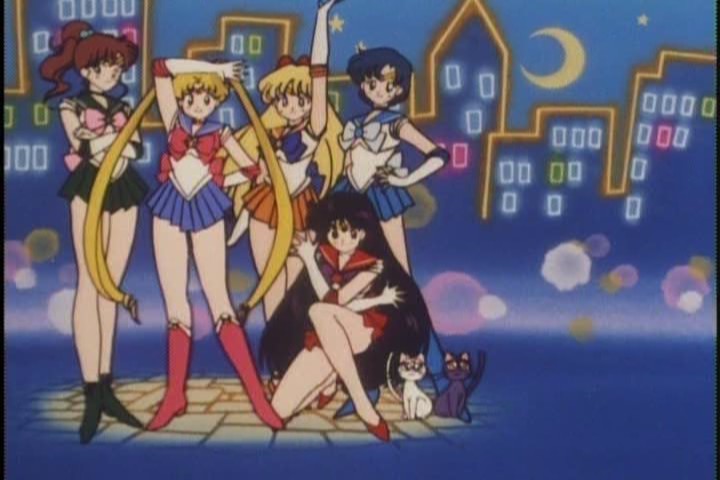 OK this is even more 90s

I wouldn’t say I like this opening as much as the first or second of season 1, but it’s certainly very good, and one that I’ll stick around to watch instead of skipping. The second opening of Sailor Moon R blows me away – but more of that another day.

Oh, and as a final bonus, here’s the Sailor Moon R eyecatch for the ad break in the middle of the episode. I love this one. Enjoy!